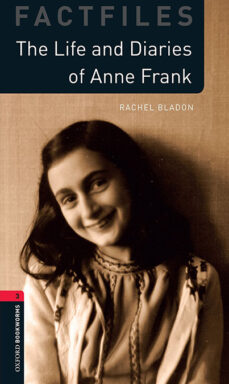 From 1942 until 1944, Anne Frank and her family lived secretly in a few small rooms at the back of her father's office in Amsterdam, never leaving the building. Like many other Jewish families at that time, they were hiding from Hitler's Nazis.

While she was in hiding, Anne wrote diaries which described her secret life, and the loves, hopes, fears and dreams of a teenage girl in extraordinary times. After the war, the diaries became famous around the world. This is the story of the diaries, of Anne Frank's early years, and of her life during and after the time in hiding.